My project was designed to try to get players to not always take things at first glance. It was inspired by how we generally one thing and assume something about a person, when that isn’t always the case.

Version #1:
This game went through several iterations. The first was a basic trial where each player drew a card that simply said “friend” or “enemy” and including a defining characteristic that was contrary to the title on the card. The player then had to draw a character of their own creation that included that characteristic, but could still convince viewers that it was either a friend or enemy, as dictated by the card. They would then show all the other players their drawing and those players would have to vote on whether they thought it was a friend or an enemy. For example, a player could draw a card that said “enemy: must be smiling”. The smile could then cause people to think it was a friend, when it’s actually an enemy.

The problem with this version was that it was too black and white, and while they had that one parameter, there were too many other things they could draw to counter it. It was too open.

Version #2:
This version was similar to the first one, except instead of just saying friend or enemy, the card would list a single trait, which either a friend could or couldn’t have that the enemy would have the opposite of. The problem with this was if someone drew a card that simply listed something they could not draw, and again it was too open ended.

Version #3:
The third and final version of this game is a mix of telephone and exquisite corpse. Players sit in a circle, and the first player draws a card that either says friend or enemy, that no one else gets to see. They then draw an attribute from a bag (shown below) and place it on a figure of a person (also shown below). These are all made of magnets, and attach to the person. They then pass the person and the bag to the next player, who tries to decide whether it’s a friend or an enemy, based on the placement of the item, and then proceed to draw another attribute and attach it, depending on whether they thing it’s a friend or an enemy. During this process, no talking is allowed, which 1.) helps aid the mystery of the game and 2.) recreates that atmosphere of silent judgement throughout a group of people. When the person gets to the last player, that player tries to guess whether it’s a friend or an enemy, at which point the first player will reveal the truth.

Notes:
In earlier tests, I allowed dialogue between players and it was interesting to hear their thought processes about sizing up a person and which factors stood out to them more so than others. A lot of it pointed to their face or things they were holding, which leads me to believe that those are the first traits we notice about a person. However, what their face looked like always had an internal story others might have always known, and what they were holding could greatly vary depending on the circumstance. I think this game succeeded at least in pointing out the nuances of first impressions, and caused me to think a little bit more about just how we examine and understand others. My piece was inspired by activism and civil disobedience. I also just wanted to make people more aware of those around them.

Basically, my intervention was to play Frogger in real life, by hopping across the streets as fast as possible whenever there was an opening, and doing my best to avoid contact with people. While this encouraged jaywalking, it also called people to pay attention to their surroundings. By making alert and well-timed decisions, as you would in the game Frogger, foot traffic could be largely reduced and become much more efficient.

It was hard actually implementing this, because when I would try to rush my way across frogger style, the light would change and people would all cross via the crosswalk. Basically, it became normal and lost its interventional value. Which was ironic because I almost always have to jaywalk.

Other than that, people seemed to recognize what I was doing, and someone who drove past rolled down their window and yelled “hey frogger!” which was kind of fun.

My roommate, being excited about irl Frogger. Me, crossing as Frogger.

The game I’d like to present is “Limbo”, a 2D platformer released by an indie company called “Playdead”. This game tells a story through very minimalistic visuals and gameplay, but with the few things this game does, it does very well. For example, the game’s color palette is merely black and white, with a shadow-box/silhouette kind of aesthetic, but the amount of detail the game provides through other means such as dust clouds or inertia is incredible. Because a player’s focus is drawn away from the normal things eyes gravitate towards, they are able to notice the more minute things that really pull together how believable an environment is. The game also does not give you a direct narrative, but rather incorporates that through small interactions of nuances in the visuals.

Limbo does an excellent job of creating a game with a captivating world through very unconventional methods, and overall I enjoyed playing and replaying each stage of the game. It was a refreshing take on platformers, and I would definitely recommend others to play this game. 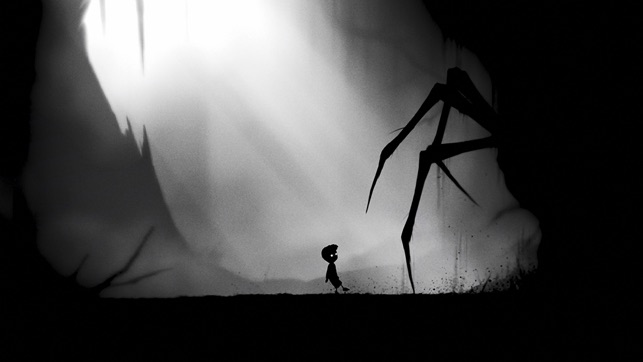 My game is called “Tsum Tsum Party”,  an appropriation of both Mario Party and a line of Disney plush toys called “tsum tsums”.  Mario Party is a party video game with involved a virtual game board that players navigate and each round, they interact through mini games. I wanted to try to recreate that setting through a physical game. The board itself operates similarly to Mario Party’s, with forward and backward directing spaces, with mini events and luck-based triggers.

One of the best attributes of Mario Party was its encouragement of physical movement even though the game operated virtually, so I tried to include that as much as possible. Tsum-tsum means “stack stack” in Japanese, and all the plushes are Disney characters. Thus, a number of mini games involved stacking and disney-related events.

Mini games included:
– disney pictionary based on a blind-drawn tsum tsum from a bag
– disney trivia along the board
– speed stacking tsum tsum (tallest stack wins)
– FINAL GAME: tank and ammo with tsum
– Players get into pairs, one is the tank (on all fours, blindfolded) and one is the driver. The driver has to verbally direct the tank to tsum tsum scattered across the floor and get them to throw it and hit any of their opponents. If either the driver or tank gets hit, they are out. The last team standing wins. This game gives a lot of bonus points. Playtesting Notes:
Everyone really enjoyed the game, and it had the level of interactivity that I wanted. I think with any use of appropriated media, you can’t assume that everyone knows the material you’re appropriating, and some people didn’t know Disney as well as others. However, I feel that Disney in general is popular enough that it’s okay.
Players all had fun, and overall I feel it was an entertaining party game.

Appropriation S&T – Twice “What Is Love?”

This music video is for a song titled “What Is Love?” by a K-Pop group called Twice and features each of the nine members presented as characters in different iconic films such as Romeo and Juliet, Pulp Fiction, La La Land, etc.

Side by Side Comparison:

When you wake up on a cloudy day

Do this for a month, filling more bottles as desired.

Then take the water and wash your bedsheets in it.

This piece is a metaphorical comparison of coping methods. It doesn’t take a stance on what is right or wrong, but rather a comment on how our coping methods are often ineffective ways of dealing with a problem with issues that might be more deeply rooted.

I found some creative ways to collect rainwater. It took a while because rain doesn’t really fall in the same place so much as it just collects in areas after it falls. By the time it was full enough for me to try washing my sheets, I basically just made a small wet mark that dried in a matter of minutes. Ultimately though, I can say that the score played out the way I intended it to.